A Feminist Foreign Policy actively defends and advances the rights of all individuals and communities, and considers the universality principle of human rights to be fundamental. We are thus committed to understanding and countering the international anti-feminist movement, which, across the globe, works to restrict the rights of women and LGBTQI* people, on both the domestic and international level. 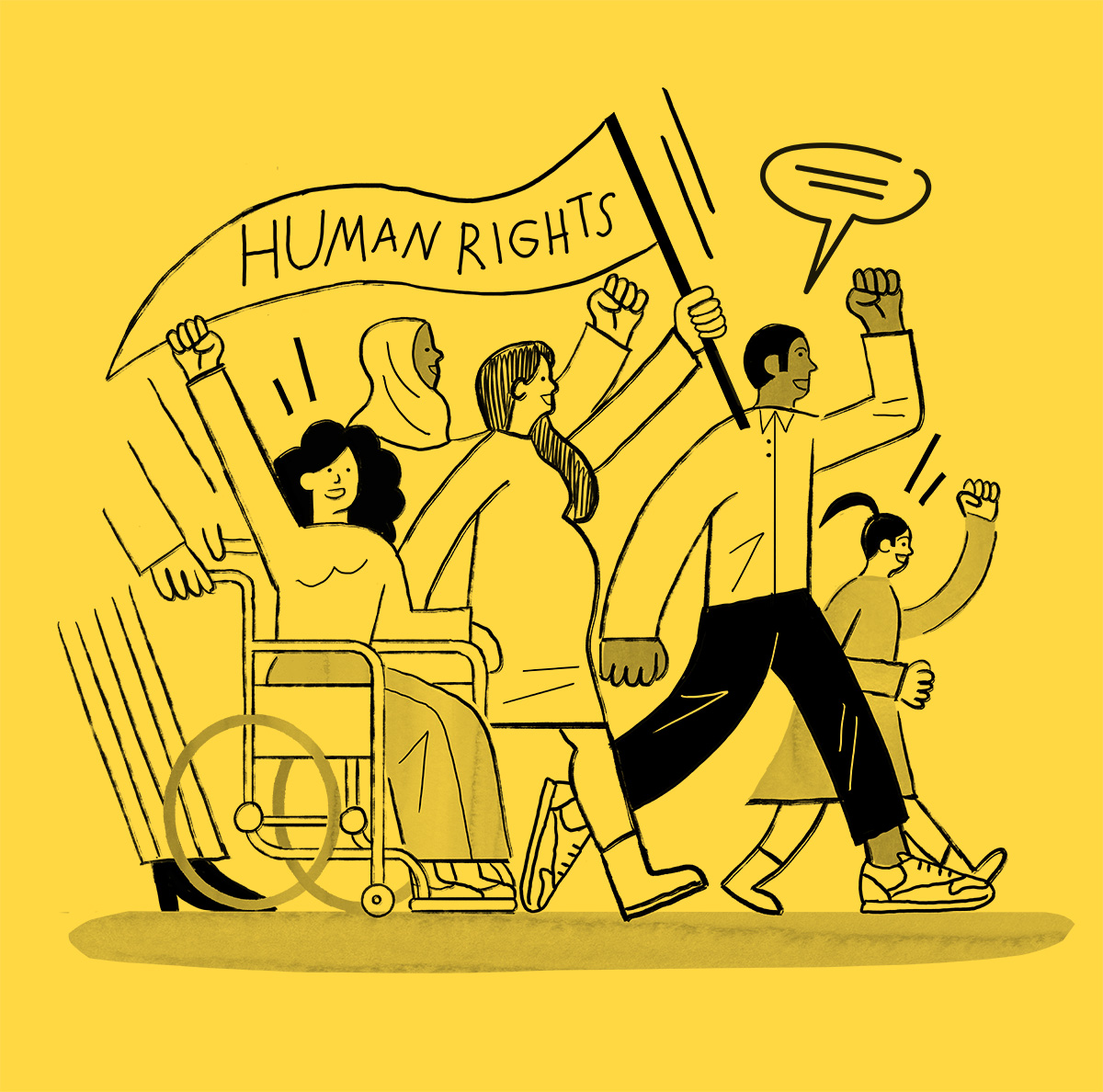 The impact of anti-gender actors on multilateral structures in Europe

Understanding how anti-gender actors impact negotiations, the adoption and implementation of treaties, alliance building, and polarisation within multilateral structures is crucial – not only to counter anti-gender actors but also to preserve and improve our multilateral order, which is vital for human rights across the world, in particular of persons subject to (intersecting) forms of discrimination and marginalisation. The core output of this research project scheduled for publication in October 2022, financially supported by the Finnish Ministry for Foreign Affairs, will be a comprehensive study analysing the impact of anti-gender actors on multilateral structures in Europe and providing concrete recommendations for policymakers, both in governments and international organisations.

Working further to defend and concretely advance the rights of women and LGBTQI* people in the European Union, our current project, financially supported by the German Federal Foreign Office, works on strengthening civil society capacities through enabling cross-sectoral cooperation, peer learning, strategy and narrative development, as well as in-depth advocacy between civil society and policymakers/political influence holders at both the EU level and in 6 European regions.

United for our Rights

Across the world, there is an active civil society as well as progressive governments that campaign for the rights of women, those of the LGBTQI* community, against racism, as well as right-wing and nationalist populism. Unfortunately, these actors are far from being as well connected and funded as the anti-gender movements. The CFFP project, “United for our Rights”, financially supported by the German Federal Foreign Office worked to fill this gap. The project piloted an interdisciplinary and international hub which acted as a contact point for the various campaigns, research projects, and political initiatives that are working to counter the anti-gender campaigns in Europe and initiated concrete joint activities aimed at grounding the joint efforts to counter the anti-gender campaigns in the wider struggle against anti-democratic tendencies in Europe. Among other activities, we organised an interdisciplinary summer institute for civil society and governmental actors on recognising and countering anti-gender narratives and strategies.

Understanding and Countering the Anti-Gender Movement

In early 2020, CFFP began engaging with the question of the transnational anti-gender movement. Financially supported by the German Federal Foreign Office and the Finnish Ministry for Foreign Affairs, CFFP conducted extensive desk research, interviews with activists and academics, and expert roundtables in order to develop a broad understanding on what we are dealing with and what we can do to counter the anti-gender campaigns. The result of this work, the study  “Power over Rights: Understanding and Countering the Transnational Anti-gender Movement” is the first comprehensive analysis of the anti-gender movement from a foreign policy perspective.

What is the impact of anti-gender actors on multilateral structures in Europe? How do we build resilient and progressive human rights frameworks to ensure human rights for all? CFFP, financially…

Abortion is still illegal in Germany. It will not be criminally punished under certain circumstances, but it remains a criminal offence. While §218 of the Criminal Code prohibits abortion in…

This briefing outlines the interconnection of health policy, peace, and development and provides an overview of existing inequalities in global health, the lasting effects of colonialism and imperialism, and the…

Anti-feminist and anti-gender ideologies – and their basis in hostility and hatred towards women and LGBTQI* people are a crucial, yet overlooked element when analysing radicalisation and violent extremism. Anti-gender…

Funding (in)equality? A comparative look at the funding landscape for pro-and anti-gender initiatives and campaigns in the European Union (EU)

Anti-gender campaigns and actors are much better funded than human rights and equality advocates. At the same time, key state services and civil society organisations are being actively defunded or…

Power Over Rights: Understanding and Countering the Anti-Gender Campaigns

What is the transnational anti-gender movement? Who are the actors? How do they operate? What can we do about it? CFFP, financially supported by the German Federal Foreign Office and… 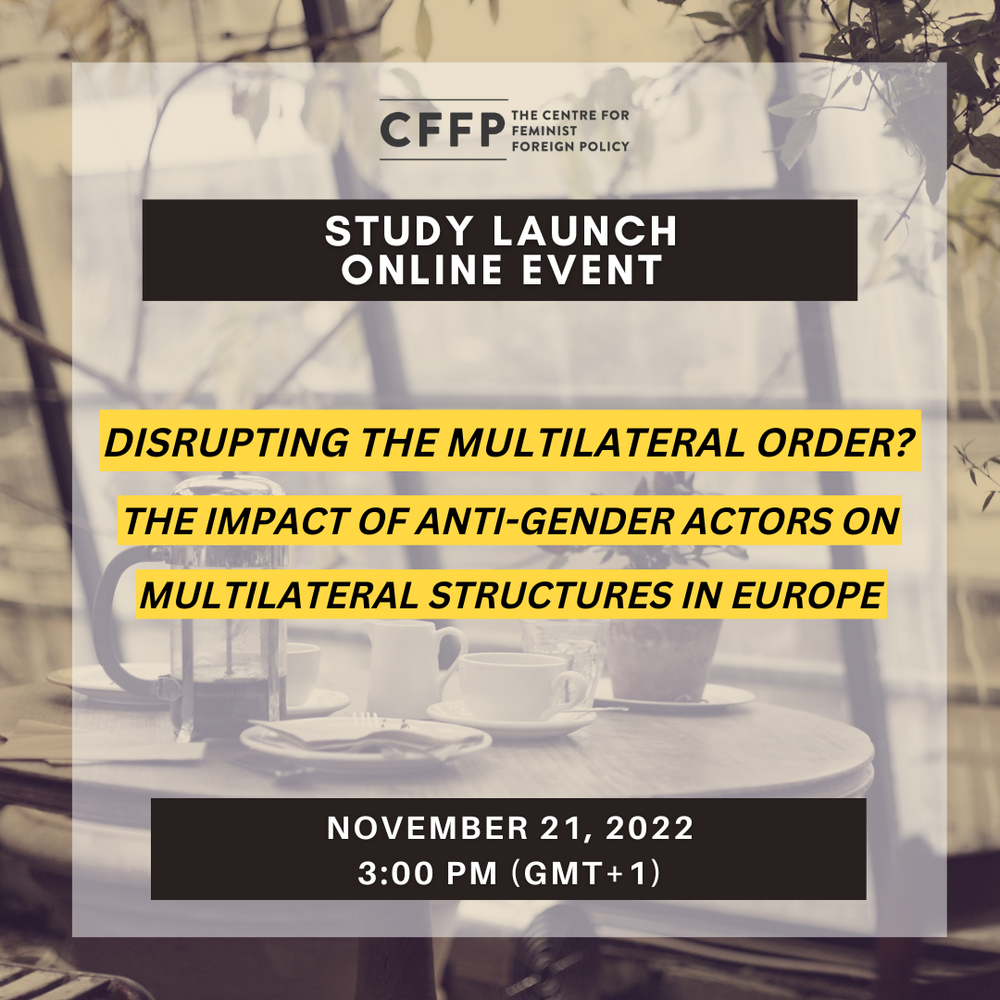 Study Launch – Disrupting the multilateral order? The impact of anti-gender actors on multilateral structures in Europe

We were pleased to host the online launch event for our study “Disrupting the multilateral order? The impact of anti-gender actors on multilateral structures in Europe”. Through concrete policy recommendations,… 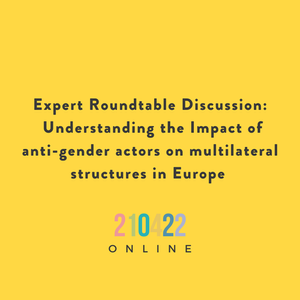 This invitation-only online expert roundtable discussed the impact of so-called anti-gender actors on multilateral fora: how they impact agenda-setting and negotiations, how issues of gender and LGBTQI* rights are instrumentalised,… 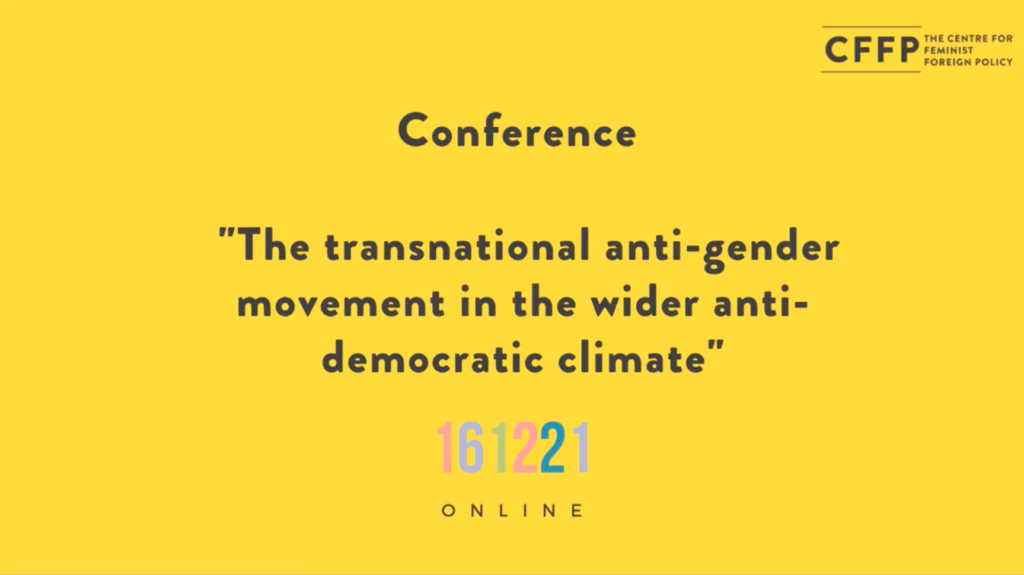 There is a lack of knowledge and awareness among policymakers and activists about what the anti-gender movement is, how it operates, the risks it poses and how to effectively develop… 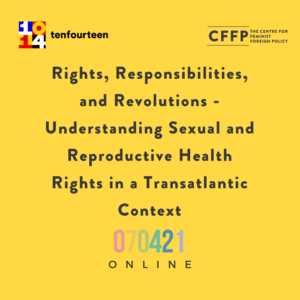 Rights, Responsibilities, and Revolutions – Understanding Sexual and Reproductive Health and Rights in a Transatlantic Context 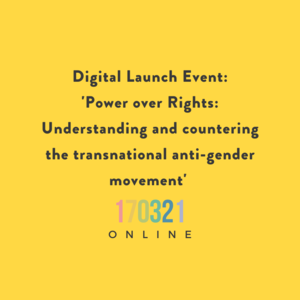 Power Over Rights: Understanding and Countering the Transnational Anti-Gender Movement

To mark the launch of our “Power over Rights: Understanding and countering the transnational anti-gender movement” study, the Centre for Feminist Foreign Policy, the German Federal Foreign Ministry and the…

“LGBTQIA+ rights are constantly under attack. More than ever, we need feminist networks that have your back. This is what CFFP brings.“

Are you ready to join us in making foreign policy a mechanism for equality, justice, solidarity, and peace? Become one of our bold members, visionaries or make a donation to make our work possible. Let’s build an intersectional feminist, inclusive, representative future and make our vision happen – together.

HOW TO SUPPORT CFFP
Close