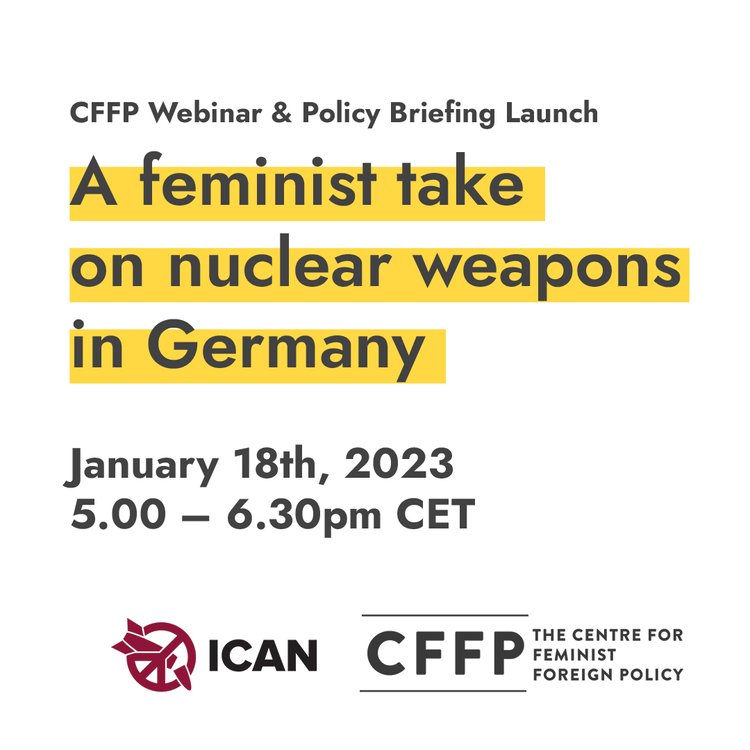 An estimated 20 US nuclear warheads remain at Büchel Air base in Germany. Hopes have been high among feminist civil society that with the new government’s committment to a Feminist Foreign Policy, and with a Green feminist minister, whose party has a long history in advocating for Global Zero, Germany would drive international nuclear disarmament and start a process of becoming a nuclear-free state. However, with the Russian war in Ukraine, the nuclear discourse has intensified across Europe. For the first time, a majority of the German population is in favor of nuclear weapons, a shocking shift after previous surveys found 83% of the population being against nuclear weapons.

And yet, in particular now, more than ever, it is important to keep fighting for a nuclear-free world. To highlight the humanitarian and ecological consequences of producing, testing and using nuclear weapons. To create space to talk about possible steps towards a nuclear disarmament – because a Feminist Foreign Policy asks for nothing less.

Some of our guests are  Beatrice Fihn (ICAN), Elke Koller (Büchel ist überall! atomwaffenfrei.jetzt), Anna Hauschild (WILPF Germany), Nyombi Morris (Founder of Earth Volunteers), Merle Spellerberg (Member of the German Bundestag), and others (tbc). During the event, we will also launch our new policy briefing “A feminist take on nuclear weapons in Germany”!

Register for the webinar here.