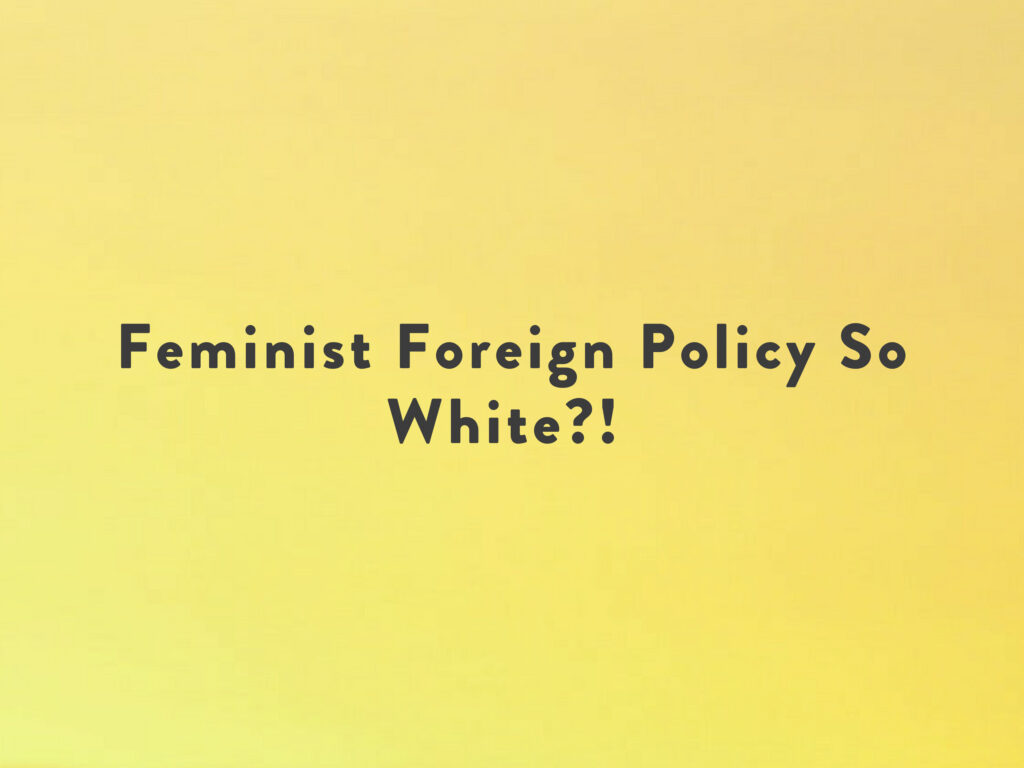 This piece was originally published in Hear Her Speak in October 2020. The article is part of the project “Disrupting Whiteness in Foreign Policy”.

Feminist Foreign Policy (FFP) is centred around the needs of the most marginalised in International Relations. In 2014, Sweden was the first government to officially launch a Feminist Foreign Policy. This has led to the commitment of other states to prioritise gender equality and the human rights of women within their foreign policy. A consideration of gender alone, however, is not enough to rebalance structural inequality. Gender does not exist in isolation. That is why FFP advocates have to understand that rebalancing power inequalities also means fighting colonialism, ableism and other forms of oppression. Like Foreign Policy in general, the Feminist Foreign Policy sphere is so white. And Whiteness is identified as the norm. This makes it quite challenging for Black, Indigenous and Womxn of Color (BIWoC) to raise their voice. Too often we have witnessed how white feminists silenced BIWoC by tone policing and imposing their views on feminism. In this opinion piece, we share our self-care strategies to survive in a political environment that wasn’t made for us.

Let’s not pretend we’re all the same!

Within the international feminist movement, safe(r) spaces create exchanges without a white old man explaining the world to the rest of us. But white feminists do often overlook the internalised need forced on BIWoC to assimilate to be accepted in those safe(r) spaces. Assimilation comes from BIWoC constantly being seen as diverging from the white norm and feeling they have to change who they are in order to fit the mould. Yes, we largely feel comfortable in our skin, but we still need our spaces professionally and personally to simply…be.

Moreover, BIWoC are not a homogenous group. But what BIWoC do have in common is the structural oppression of racial hierarchies established by white supremacy. In Feminist Foreign Policy, there is a certain awareness of intersecting forms of discrimination. It is still, however, a common practice in (Feminist) Foreign Policy to only empower individuals of the BIPoC community and integrate them into the existing white-dominated structures. Sure, empowerment is an important pillar of Feminist Foreign Policy. But what is equally important is solidarity and acknowledgement.

“Recharge your batteries through sisterhood!” (Husna)

I’m from the UK and I’ve been othered my whole life (‘where are you really from?!’). But, the feeling massively increased when I moved to Berlin. All the blogs I read before moving told me how hard it would be to get a place to live, but not that more often than not, I’d be the only BPoC on a train. More than ever, I needed my sisterhood. They are the group that you share stories with that aren’t met with ‘how is this still happening?!’, but an eye roll, a laugh and a ‘OMG, the same happened to me’.

“Speak in your own words!” (Miriam)

That is what my aunt said to encourage me right before I delivered my statement in the German Parliament this year. Although talking about gender justice is my day job, I was so afraid of not finding the right words in front of the Members of the German Parliament. The moment I entered this white dominated and highly political room, I decided to speak in my own words. For me this was a form of resistance. Being Afro-German means that white people compliment your very good German skills, and point it out immediately if you make a grammar mistake. Being the daughter of a carer for the elderly meant that white professors told me they can tell that I’m working class and if I want to achieve anything in life, I have to learn how to express myself in the right way. But who decides what the right way looks like? Other forms of political statements are hardly accepted within a white dominated space. Music and poems as an expression of empowerment hardly make it into the political sphere, and if they do, it is the Beethovens and Goethes we listen to. How about reading a May Ayim poem or playing WAP during the next political gathering?

All these experiences are important for our advocacy work for a Feminist Foreign Policy. While Feminist Foreign Policy has an intersectional approach, at the moment it still reproduces colonial patterns of white supremacy. Unsurprisingly, the FFP landscape is largely white, which is why those leading the way have a responsibility to challenge and change. To make sure the same mistakes aren’t repeated. To make space for BIWoC to be their unapologetic selves. To acknowledge, support and elevate our voices in spaces where we’ve been made to feel they don’t belong.

But, we do belong.

Miriam Mona Müller is into feminist German Hip Hop artists like Ebow, Layla and SXTN. She works as a Strategic Policy and Research Advisor for the Centre For Feminist Foreign Policy and is doing her PhD on Peace and Security. In 2020, Miriam delivered a statement in front of the German Parliament on the current status of gender equality in armed conflicts.

If Husna Chhoangalia isn’t practising activism at a @femmefitness class, then she’ll be reading a book on the history we should have been taught at school. A volunteer at the Centre for Feminist Foreign policy, she’s working on projects to make FFP less white and more accessible. Identifying as British Asian, don’t come at her with a chai tea. 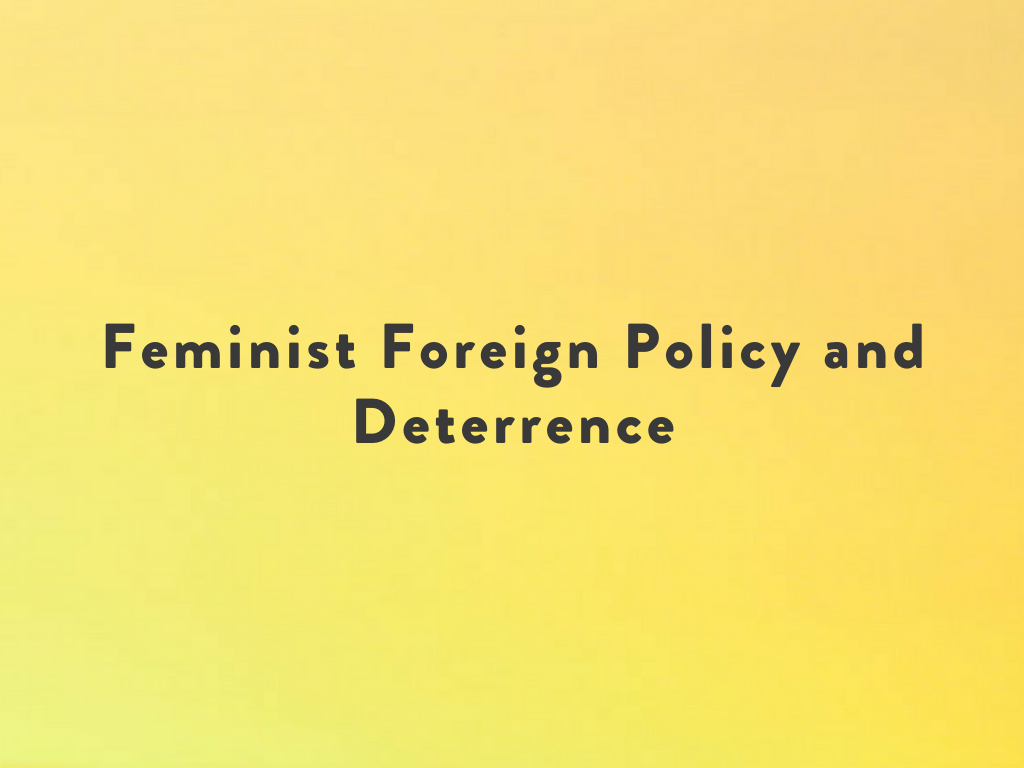 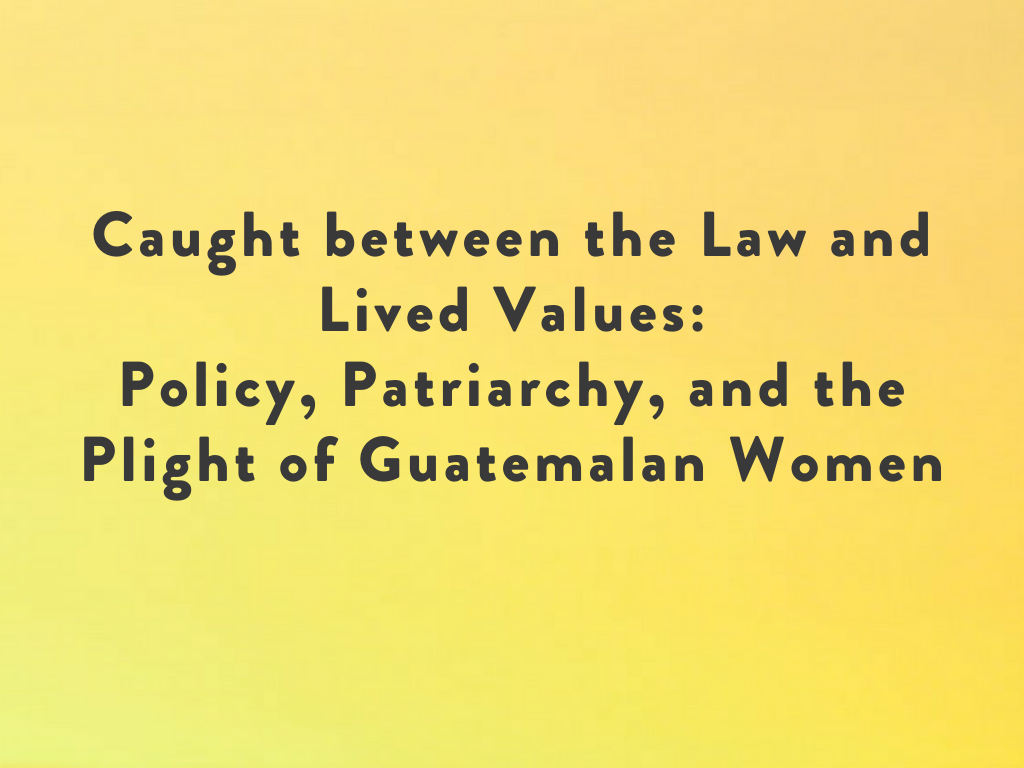 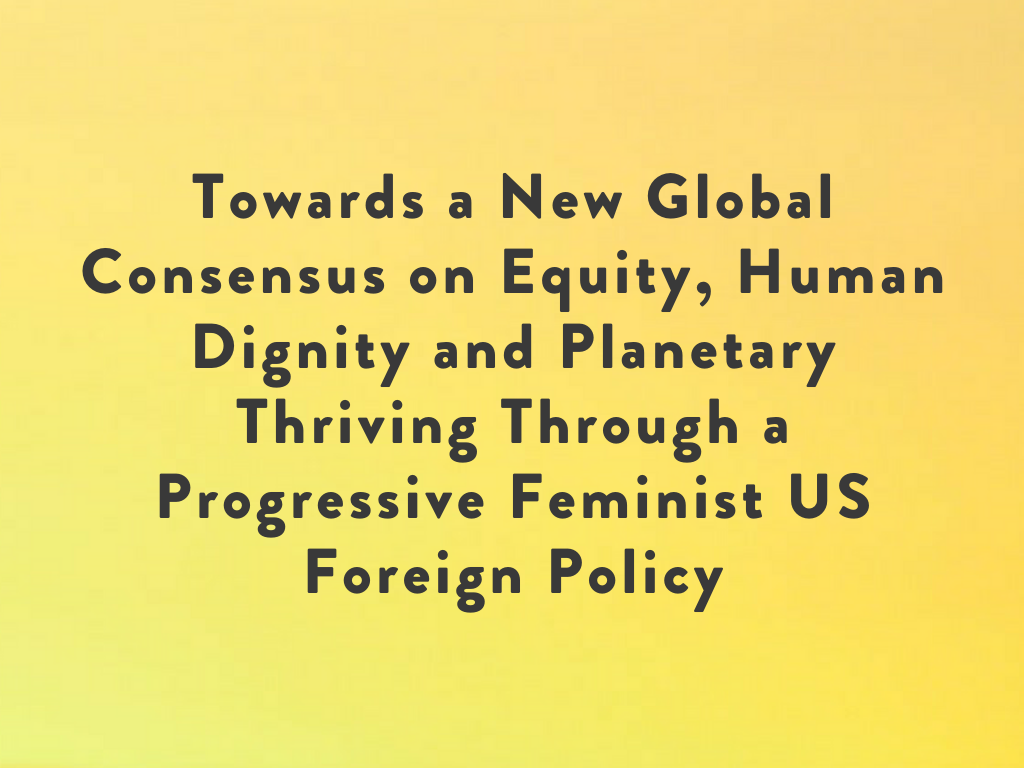 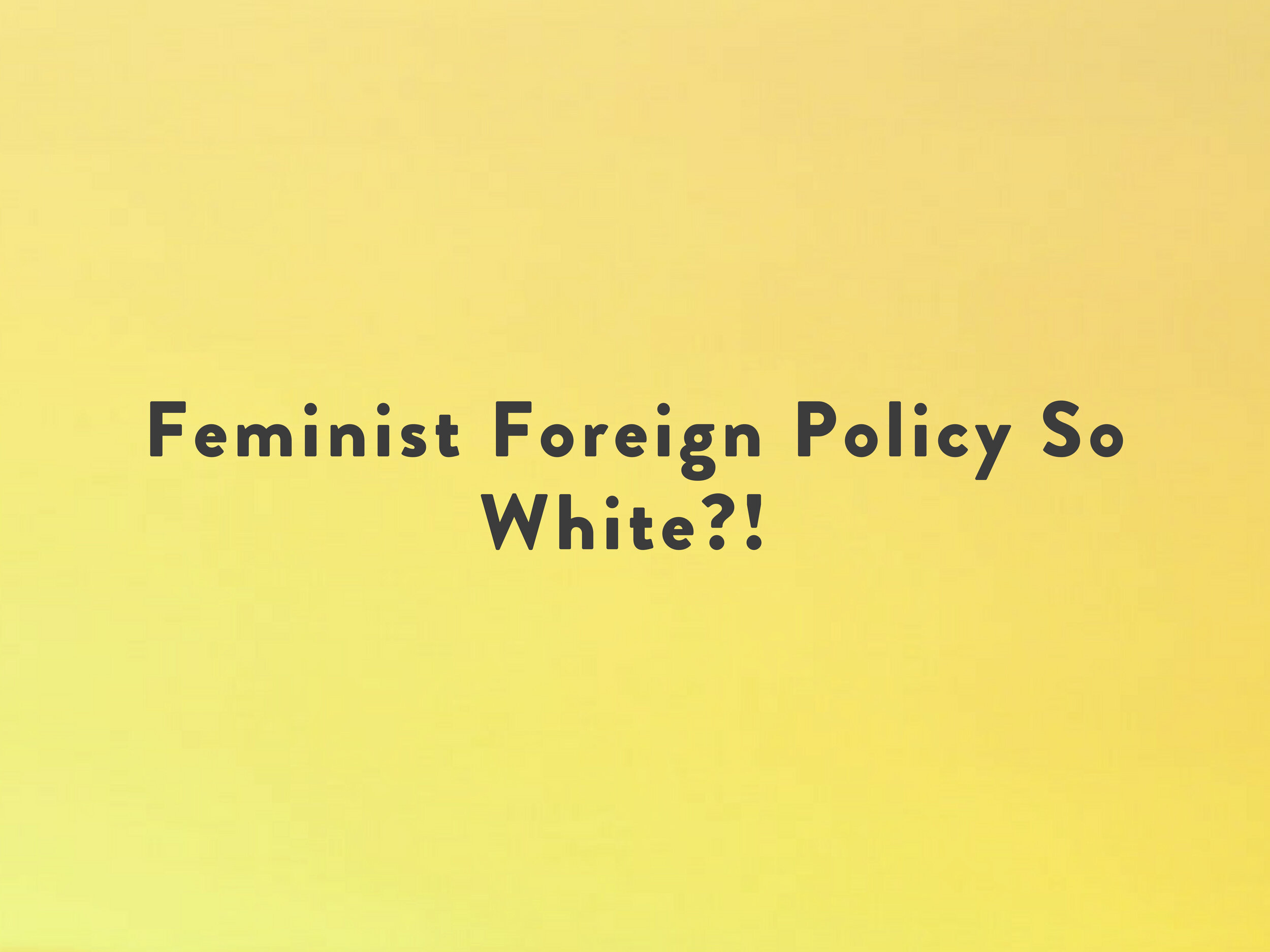 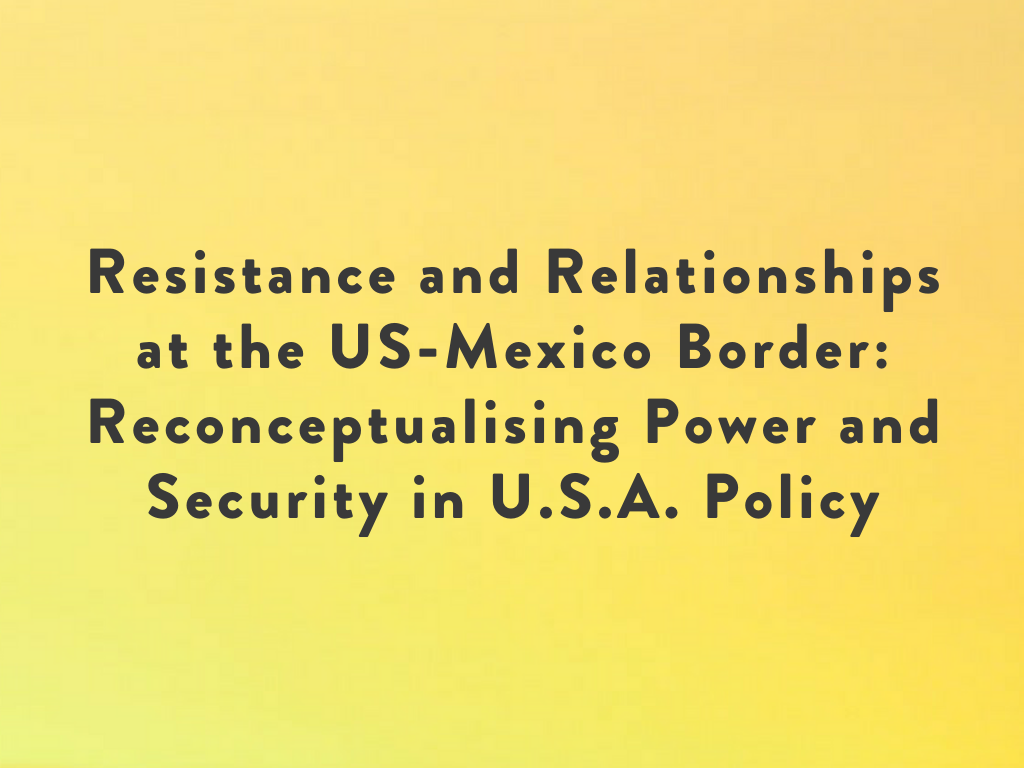 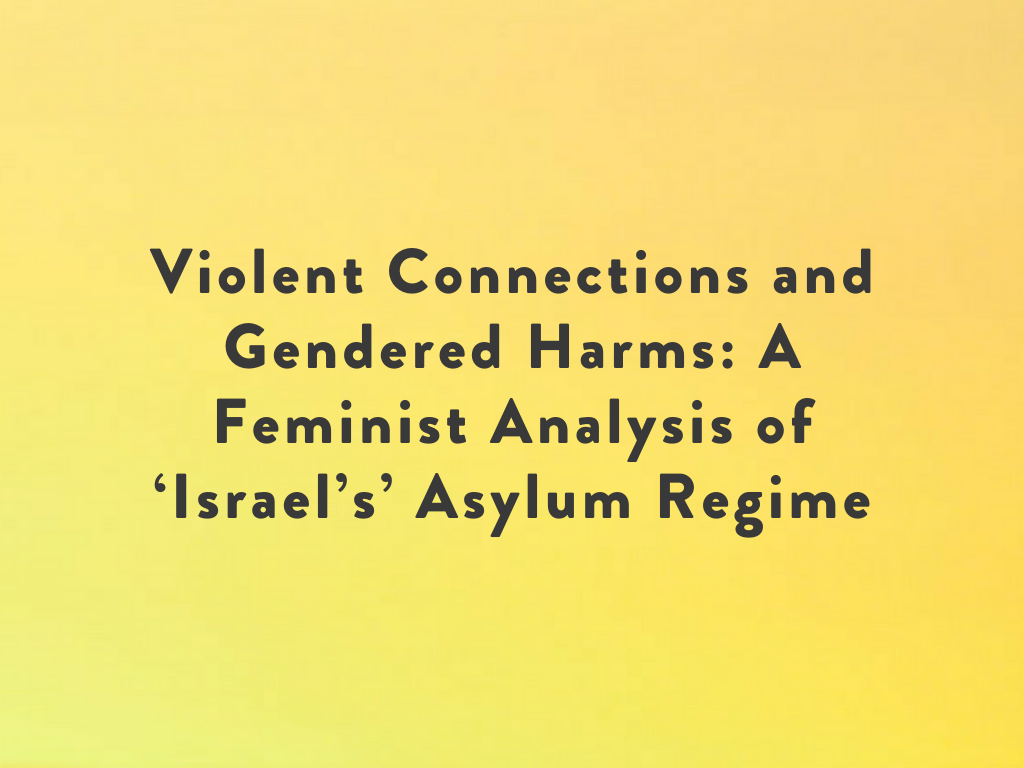 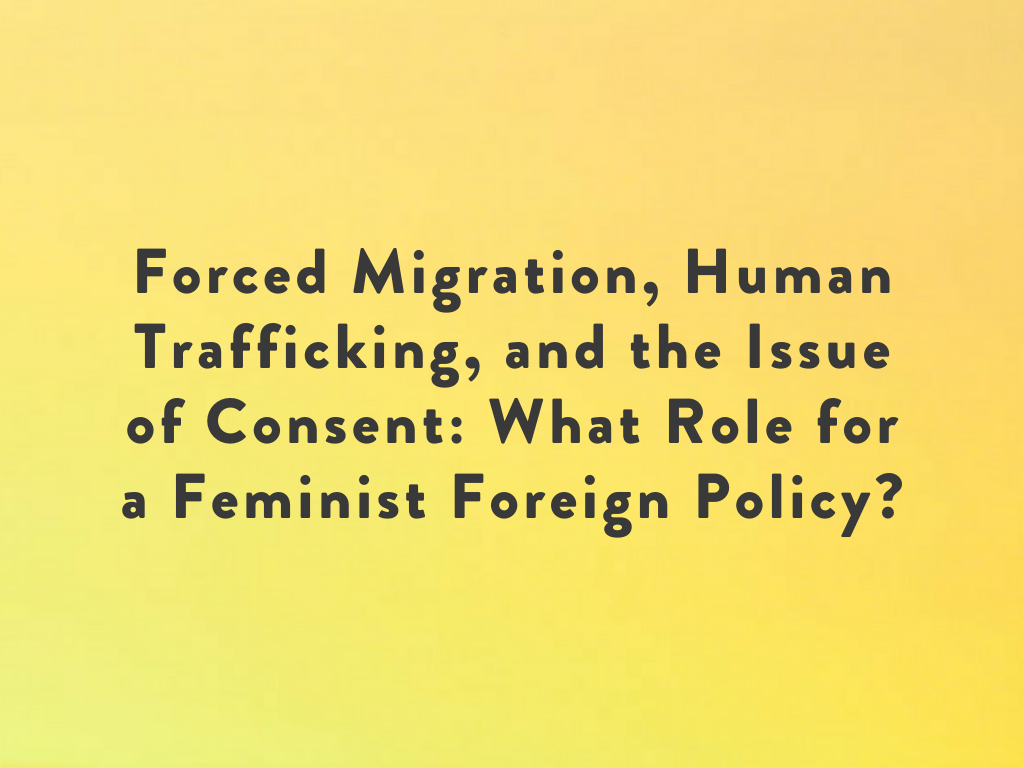 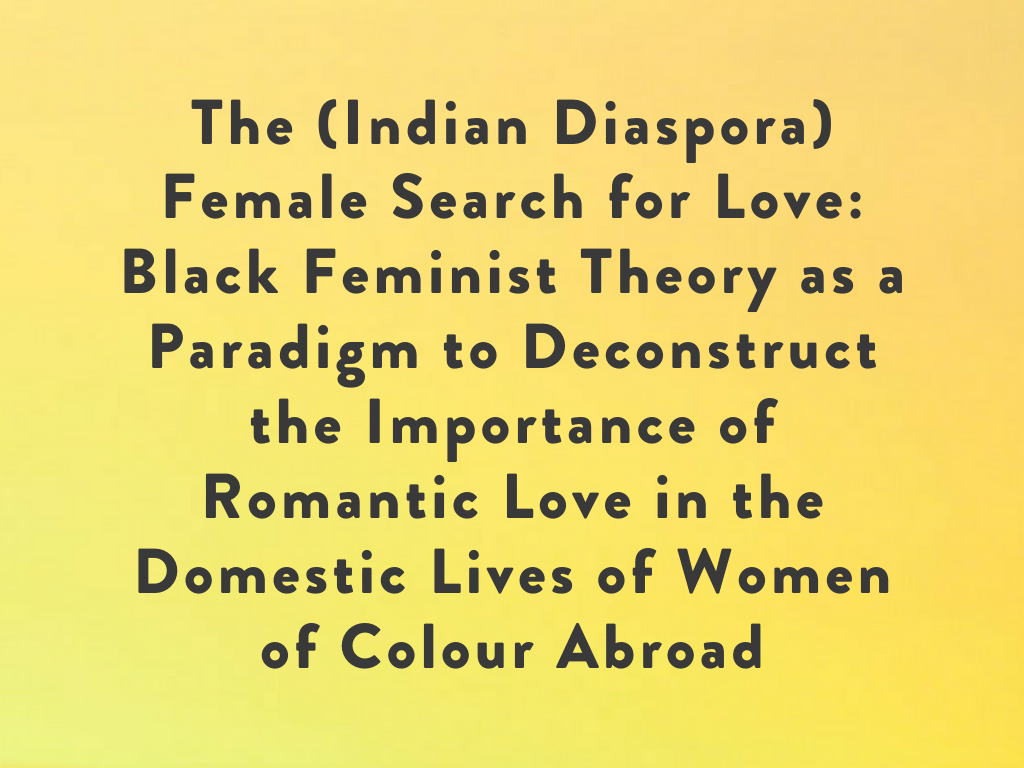 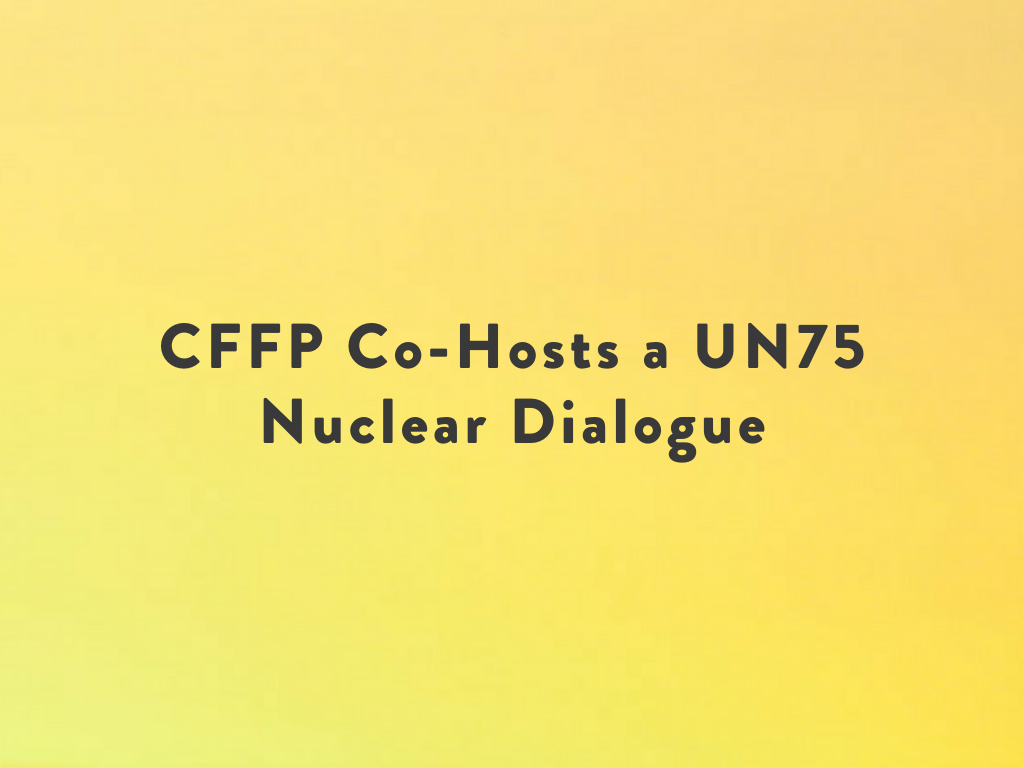 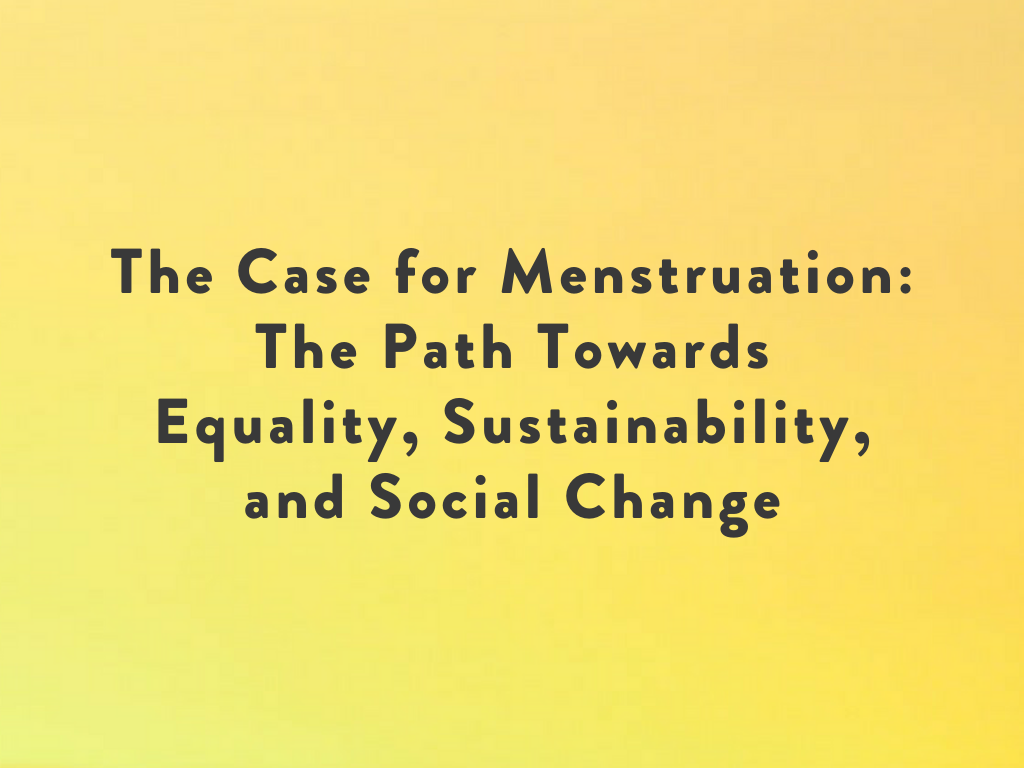