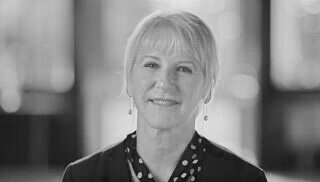 In 2014, Margot Wallström announced Sweden’s Feminist Foreign Policy as the first foreign minister in the world to do so. Ms Margot Wallström was elected to the Swedish parliament in 1979 before serving as Minister for Youth, Women and Consumer Affairs from 1988 to 1991, Minister of Culture from 1994 to 1996, and Minister of Social Affairs from 1996 to 1998. Before taking up her appointment as EU Commissioner in 1999, she worked with Worldview Global Media in Colombo, Sri Lanka. From 1999 to 2004, Ms Wallström served as the European Commissioner for the Environment and then as first Vice President of the European Commission from 2004 to 2010. In 2007, Ms Wallström became Chair of the Ministerial Initiative of the Council for Women World Leaders. In 2010, the Secretary-General of the United Nations appointed her the first Special Representative on Sexual Violence in Conflict until 2012. From 2012-2014 she was Chair of the Board of Lund University, Sweden. She then served as the Minister of Foreign Affairs of Sweden from 2014-2019.