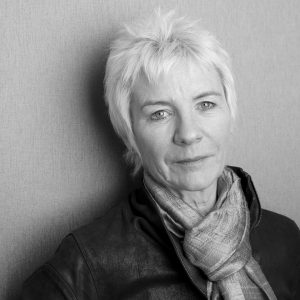 Madeleine Rees was educated at the University of Wales, has a BA honours degree in History and Post Graduate qualification in Education before re-qualifying as a lawyer in 1989. As a lawyer she worked for the Women’s Legal Defence Fund specialising in discrimination law, particularly in the field of employment. She worked for both the Commission for Racial Equality and the Equal Opportunities Commission on developing strategies to establish rights under domestic law through the identification of test cases. She successfully brought labour discrimination cases both to the European Court of Human Rights and the European Court in Luxembourg and was cited as one of the leading lawyers in the field of discrimination in the Chambers directory of British lawyers.

During and immediately after the conflict in the former Yugoslavia, she helped to set up a Lawyers’ NGO to assist the work of the International Criminal Tribunal for former Yugoslavia (ICTY) through submitting amicus briefs and working with women’s NGOs in Bosnia and Herzegovina (BiH). She worked in BiH from 1997 at the Office of the Ombudsperson.In 1998, she commenced working for the United Nations Office of the High Commissioner for Human Rights (UNOHCHR) as the gender expert and then as the Head of Office in BiH. She was member of the expert coordination group of the Anti-Trafficking Task Force of the Stability Pact for South Eastern Europe. She took strong public positions against the United Nations’ complicity in trafficking of women and children and was outspoken against the collusion of the international community, including the United Nations, in rendition of Algerians from BiH to Guantanamo. The UNOHCHR in BiH played a crucial role in the first successful rendition case against a government using international law in the Bosnian Human Rights Chamber.

From 2006 to April 2010, she was the head of the Women`s Rights and Gender Unit in UNOHCHR Geneva.

Madeleine Rees became the General Secretary of the Women’s International League for Peace and Freedom in May 2010 and has been re energizing that organization in its work on addressing root cause of conflict, challenging militarism and patriarchal structures of power. WILPF is now one of the major organisations engaging in conflict zones, engaging with grassroots groups, conducting conflict analysis and bringing advocates into the multi lateral system.

She is a national of the United Kingdom and was awarded the O.B.E in 2014 for her work on Human Rights, particularly women’s rights, International Peace and Security.