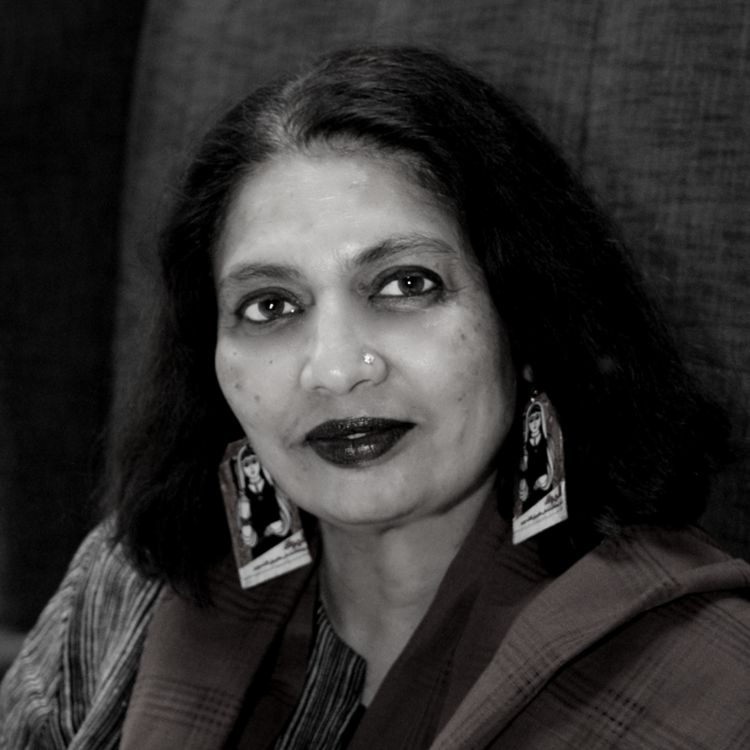 She is a member of the advisory boards of Signs, A Journal Of Women in Culture and Society, Transformations, The Journal of Inclusive Pedagogy and Scholarship, Feminist Africa (South Africa), Asian Women (Korea), Feminist Economics, The Caribbean Review of Gender Studies, Gender and Politics, and Journal of Cultural Anthropology. She has taught at universities in Europe, Asia, Africa and Latin America, including serving as the Angela Davis Guest Professor at Goethe University, Frankfurt in 2015. Ms. Mohanty is a steering committee member of the Municipal Services Project (municipalservicesproject.org), a transnational research and advocacy group focused on alternatives to privatization in the Global South, a founding member of the Democratizing Knowledge Collective (democratizingknowledge.org) at Syracuse University, and Coordinating Team member of the Future of Minority Studies Research Project (fmsproject.cornell.edu). Mohanty was a member of the Indigenous and Feminist of Color Solidarity delegation to Palestine in 2011, and has served as a consultant/evaluator for the Association of American Colleges & Universities, the Ford Foundation, and UN Women.